You can find me on:

Discover the works of Arthur M. Jolly (he, him), download free monologues for auditions and classes, purchase playscripts, ask questions, and get all the info on upcoming productions. Over a million visitors so far... welcome!

Since this site was created,

random people have visited. However:

My sword-slinging, feminist farce The Lady Demands Satisfaction will have another swing, this time in Wellington, New Zealand at the Stagecraft Theatre - only my second or third production in that country. I only wish I could travel there to see it... although, maybe... I mean, it's New Zealand. It's on my bucket list!

THERE IS NO PLAY has premiered after being BANNED.

There Is No Play premiered at the Kansas Thespian Festival, after wonderful drama teacher Angela Bin reached out to me upon learning that the play had been banned by a different school in a different state. I was so privileged to be able to zoom in for the initial reading, and incorporated some of the feedback from her students. Huge thanks to them all and CONGRATULATIONS to the entire Fort Scott Thespians Troupe (#7365) for winning the highest honor a troupe can receive, the Gold Honor Troupe Award, and to Angela Binn for winning the Southeast KS Director of the Year award! 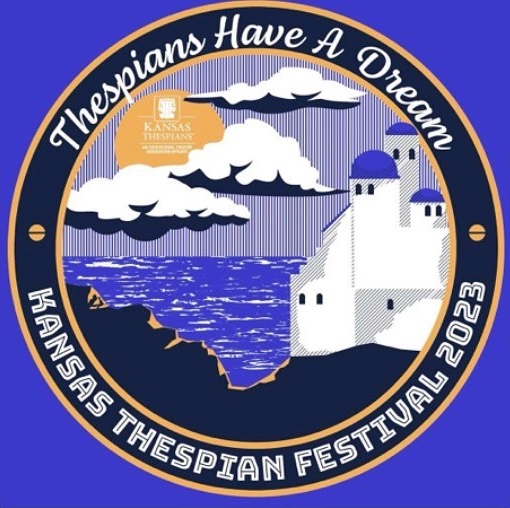 I contributed a chapter about Friday the 13th part IV to Caillou Pettis' Inspiring World of Horror! Check it out!

EIGHT BALL TO BE RELEASED IN THE UK

My short film that won the Hammond House International literary Prize for a Screenplay, Eight Ball is set to be released to film festivals! And here's a trailer for it!

YouthPLAYS has just published my - can you believe it? - TWELFTH play with them! The Night Before Christmas is an inclusive, fun and funny re-imagining of the famous poem that begins "Twas the night before Christmas, and all through the house..." 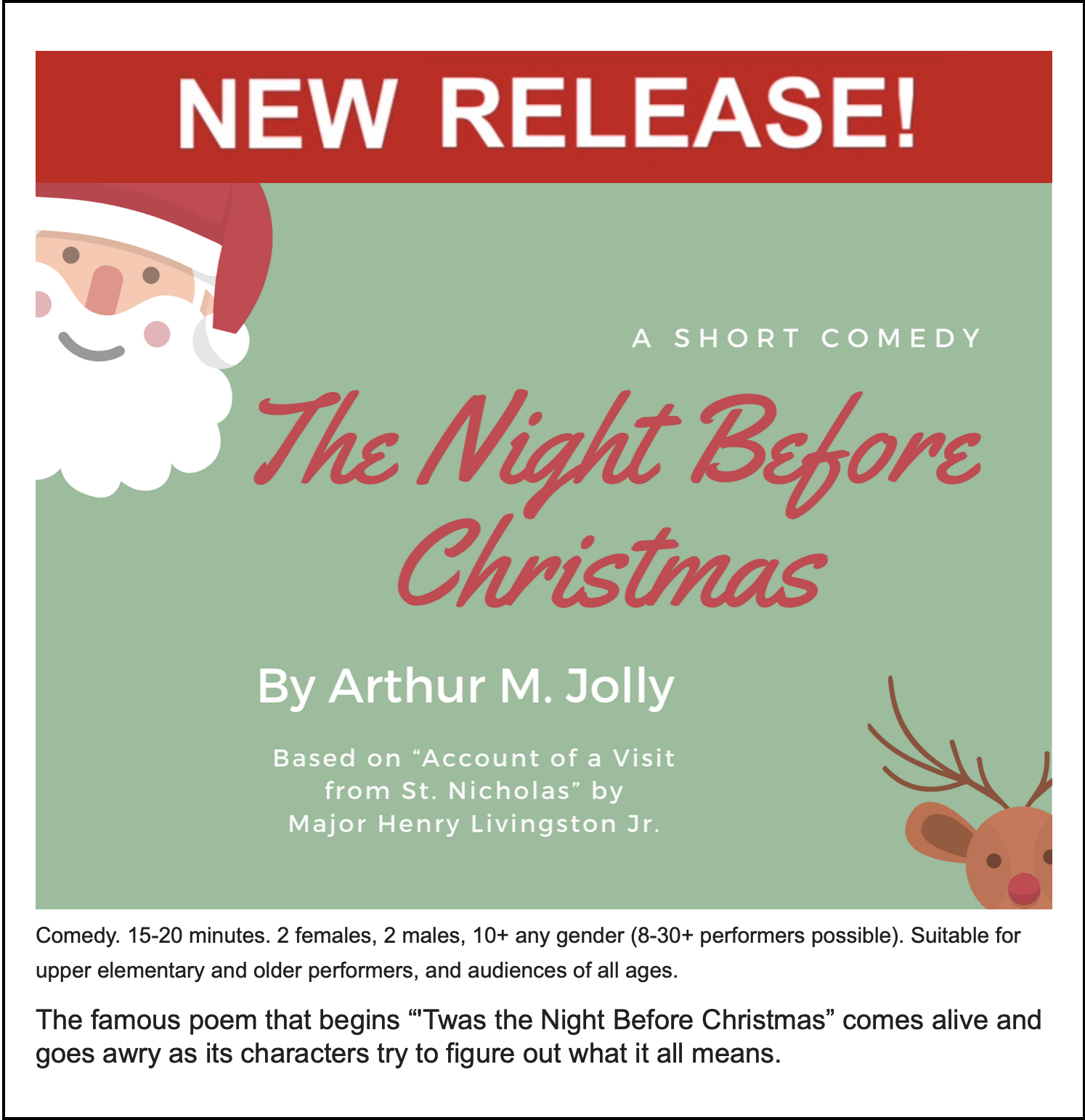 Buy me a latte?

So this site is almost at 1.5 million visitors (see the counter above), and I added a button for the "Buy me a coffee" website, thinking it might offset the cost of hosting the free monologues to download. Well.. it didn't. There was an initial burst of tips from some lovely friends, for which I am very grateful... and since then... Nada. Ah well, one day I might be surprised!


A fun interview on Playwright's Spotlight!

I ended up talking to James Elden for an hour and a half - but there's some good bits throughout about techniques of playwriting!

New Kid Next Door is out now as a radio play by Gather by the Ghostlight Podcast, hosted by Jonathan Cook, performed by Luke Romagnoli, Kelsie Johnson, and Sophie Cook.

What are you writing?

I'm still working on a play about The Mysterious Disappearance of Agatha Christie - developed with Houston's Alley Theatre. Here's some inside info, courtesy of Brendan Bourque-Sheil and the Landing Theatre New Works Podcast!


A drama teaching friend of mine asked me to muse on what makes a strong standalone monologue for her class... so here's my take on it!

My headshot is by Jessica Sherman Photography.